Alyx: The Cities That Make up The Brand by Matthew Williams 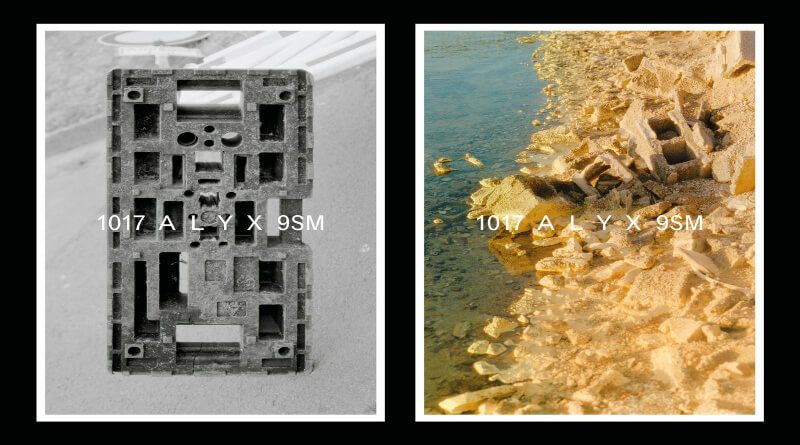 Los Angeles “The City of Angels”

The one that designer Matthew Williams considers his city, but is also noted as the setting that shares the most relation and influence over his artistic development. As an adolescent, he was interested in fashion just as much as he was in music and sports; however the world of fashion seemed far out of reach for a teenage Williams. Yet, he still found an open door in the most unexpected of places – his football coach, Keith Richardson. The coach happened to behind the brand Corpus, which had made it to NY Fashion Week, one of the world’s most well-respected runways.

Williams then found himself coordinating the production of Corpus denim by day, and DJing by night, all before he was even of age to set foot through the doors of these establishments. In just a few short months, he went from playing football with his teen peers to brushing shoulders with some of the most elite stars of the moment at LA clubs.

Although Alyx departs from obvious references, some of its garments can be linked to its founder’s Californian roots. For instance, on one of the brand’s t-shirts the words “Natural Order” in a strange typeface that, once folded in on itself transforms into “Fuck You”, in the style of a Shorty’s model popular with skateboarders. Williams’ first collaboration with a shoe brand with Vans, a further nod to his native California.

Even his most-prized accessory, that belt popularized by A$AP ROCKY, took the form of safety closures of a roller-coaster at Six Flags Magic Mountain in Santa Clarita.

This city gave Williams his second challenge in fashion – to take charge of the design for a new brand. However, in just a few months, Williams was fired from his job, which then forced him to devote his time to full-time DJing. It was through this course of events where he met Lady Gaga and began to work for her as part of her Haus of Gaga; a creative team that accompanies the singer and develops her artistic space, clothes, stage, choreography, and stages. This is something he would repeat later with DONDA for Kanye West.

NY now serves as the headquarters of Alyx, not only at an organizational level, but also in spirit. Some of its accessories carry the name of ALYX Saint Marks Place, three blocks in the City that Never Sleeps, which has appeared in Warhol films, songs by Lou Reed, and where Keith Haring and Jean-Michel Basquiat have exhibited. The latest collection also served to rename the brand as 1017 Alyx 9SM, a nod to the location of the brand’s studio in NY – 9 Saint Marks.

When Williams left this city at just two years of age, due to his parents return to their native West Coast, it seemed that is where his relationship with this Mid-West town would end. However, his story in the fashion world would see him later intertwined with two famous Chicagoans, Kanye West and Virgil Abloh.

At the 2008 Grammy Awards, Kanye West appeared with a LED jacket by Matthew Williams, and soon after became the creative director of his shows. He was also one of the founders of DONDA, the Company that created the artistic content related to West, from album covers to even a cosmetic line.

Virgil Abloh, the current artistic director of Louis Vuitton’s men’s wear collection, also formed part of DONDA. Alboh’s first beginnings in fashion also coincided with Williams. #BEENTRILL# was a collective of DJs that designed their own product lines, an internal joke that ended up becoming a fashionista phenomenon in 2012.

Alyx was a tabula rasa for Matthew Williams, who wanted to escape many of the references that had accompanied him until then. However, at the presentation of Alyx at Paris Fashion Week, Chicagoans West and Abloh were front-row and center.

When Williams sets out to create his own brand, he calls upon Nick Knight, a photographer he met through Lady Gaga. Knight had created campaigns for Yohji Yamamoto and videos for Björk, Massive Attack, and Kanye West, although his most important contribution to the world of fashion is SHOW studio – the self-proclaimed “Home of Fashion Film”.

Williams sought out Knight and became his shadow to learn how to develop his image. It was that summer in London that marked the future path of Alyx. Williams established the brand’s communication patterns, catalogs, and videos along with Knight, who continues to lend his support to this day.

Before this 30th birthday, the name Matthew Williams had already been associated with names like Kanye West, Virgil Abloh, and Lady Gaga, for whom he had worked for as part of a collective. Alyx Studio was his first individual work and the mission was to eliminate labels. Discarding fashion shows and advertisements, he surrounded himself with photographer Nick Knight to create his image and some of his most artisan garments.

Together with his wife and daughter (also called Alyx), he settled in Ferrara, a city in northern Italy. From there he would be able to monitor the development of his collection at any time – changing the bustling nightlife of NY for a Land Rover used to travel the several kilometers that separated his home and factories. The inhabitants of Ferrara are no strangers to his name, a curious fact that Williams finds unbelievable, but in a town with a population of 130,000 and one tattooed American designer, it is not hard to imagine.

In Ferrara, he has managed to gain the experience of someone who has been manufacturing for decades, although his demands sometimes push fabrication boundaries. Mesh made out of metal, rubber on fabrics, and meticulously made tears. As it’s his own brand, Matthew Williams is able to dictate timings and devotes up to nine months on some occasions to his collections, because he is dedicated to ensuring the quality and lasting value of his clothing. Italy provides one of the few places in world where this type of artisan work can be maintained without fear of innovation.

Paris “The City of Light”

A finalist of the LVMH Prize, following collaborations with Mackintosh, Alpha Industries, Fragment, Vans, and Nike to become a reference, Williams’ next step was Paris and he did it twice.

Dior sought out Williams most recently to redesign some products on its accessories line and based on the inspiration of his famous Rollercoaster Belt – all done at the request of Kim Jones himself. The city further reached out to Williams when he presented is Alyx collection featuring Vibram crampons, snake prints, cotton t-shirts, chains, and more accessories which elevated street wear design to a whole new level.

Renamed 1017 Alyx 9SM, in honor of its date of birth and location of its studio in NY, Matthew Williams seamlessly blends its cities of reference – inspired by California, fabricated in Ferrara, and presented in Paris. 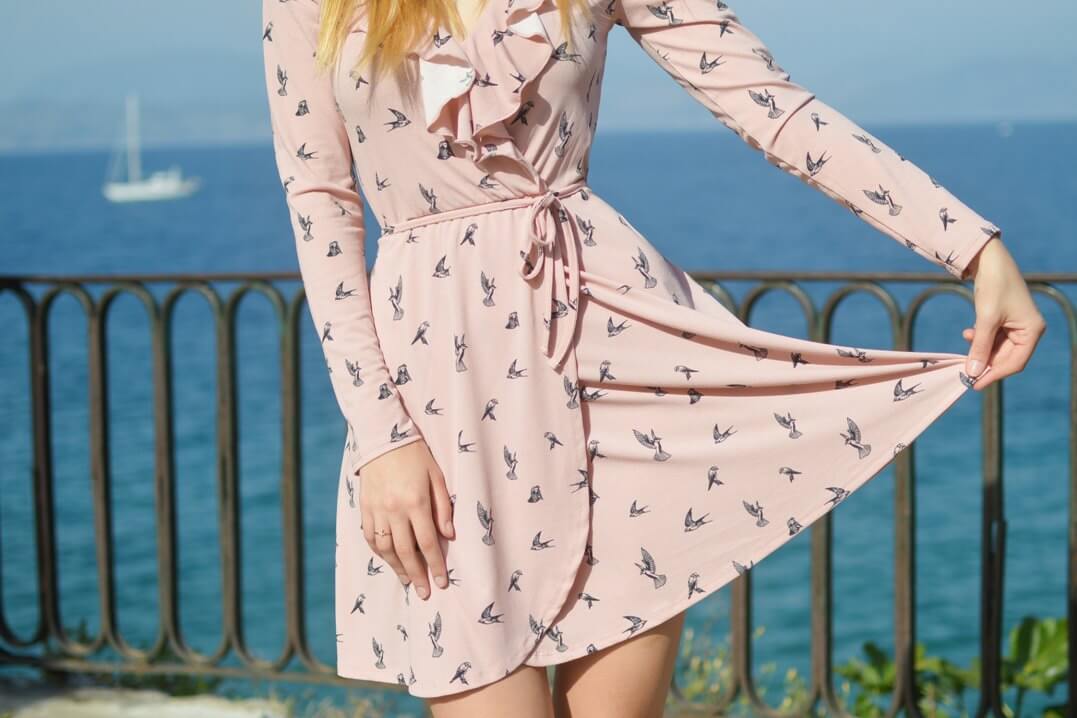 How Night Dresses Act as Mouthpiece of Your Fashion Sense

No longer are night dresses worn only during the nights to keep you warm and cuddled. In today’s fashion world night dresses or lingerie wear specifically tailor made for nights is making headlines in fashion forums... 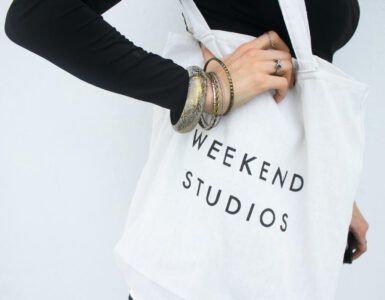 There are several ways that businesses can promote their products but none of them is as effective as using promotional giveaways. Giveaway items are ideal because over 90% of people will remember a brand when they...

How is it going with fashion in 2020? One may think it to be pretty rough and dull with the entire pandemic situation. However, with fashion and trends, it is never dull. Instead of thinking this year as a not-so-good...

3 Tips To Help You Select The Perfect Pea Coat